Blair’s wife, Marilyn Marshall, has organized Blair’s Run for the past 22 years, along with a team of enthusiastic volunteers. 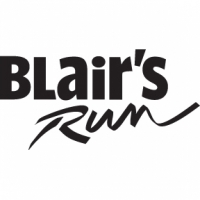